Against the geoengineering techno-fix

The main issue with the concept of Antropocene is that it doesn’t give specific indications about the real roots of global environmental changes. Because of that, even individuals deeply concerned by climate change and other environmental degradation might end up advocating “false good ideas” and techno fixes, such as geoengineering. Geoengineering, or climate engineering, refers to “deliberate large-scale intervention in the Earth’s natural systems to counteract climate change” (1). It consists mainly in two categories: Solar geoengineering and Carbon geoengineering. Solar Radiation Management techniques aim to decrease temperature rise caused by increased greenhouse gases emissions by reflecting or blocking a small proportion of the Sun’s energy. Regarding Carbon geoengineering, Carbon dioxide Removal techniques consist in removing carbon dioxide from the atmosphere in order to decrease greenhouse effect and ocean acidification (1). 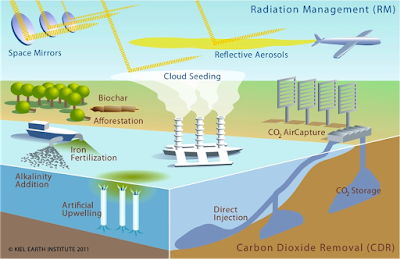 Paul Crutzen, the scientist who coined the term Anthropocene, considers geoengineering as a possible “plan B” to solve climate change and proposes stratospheric aerosol injection (of sulfate aerosols) as a means to block a portion of the sun’s radiation and cool Earth (2). Such an idea is inspired by volcano Pinatubo which injected 20 megatons of sulfur dioxide gas into the stratosphere during an eruption in 1991, producing a sulfate aerosol cloud that has caused global cooling for a couple of years (3). Crutzen is not an isolated case, other respected climate scientists adopt the same position, such as Tom Wigley, who published a study advocated the same approach in combination with mitigation (reductions in greenhouse gas emissions) (4).
Even at the global level, geoengineering is starting to be considered. For instance the Intergovernmental Panel on Climate Change (IPCC), the U.N-convened group has mentioned geoengineering in the final paragraph of its 2013 ‘Summary for Policymakers’. The IPPC represents the consensus position of the international scientific community, thus suggesting that geoengineering is now on the scientific agenda (5). Piers Foster, climate-change researcher and one of the authors of the summary says that we will have to consider the option of geoengineering if we do not start reducing emissions (6) Ken Caldeira, climate researcher and geoengineering proponent sees the inclusion of geoengineering in the IPCC report as “a reflection of growing governmental interest in these ideas” (5).
Thus, it is time to take geoengineering seriously. International norms should be put into place and governments should research the risks of this plan B before considering unproven technofixes as viable options. We should also be careful about research and tests on geoengineering. Indeed, as Naomi Klein demonstrates in ‘This Changes everything”, research might lead to implementation: Hiroshima and Nagasaki were bombed less than a month after the first successful nuclear test. 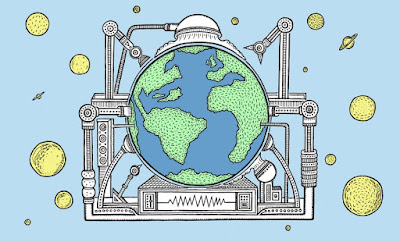 The National Academy of Sciences released a study in 2015 on albedo modification (reflecting sunlight away from the planet) and carbon sequestration. They concluded unequivocally that we cannot geoengineer our way out the climate crisis and that scientists have no clue what geoengineering would really do to the planet (7). Its authors even chose to opt for the term “climate intervention” instead of using “geoengineering” because they felt that “’engineering’ implied a level of control that is illusory”. In “20 reasons geoengineering might be a bad idea”, climatologist Alan Robock also argues that the cure of geoengineering will be worse than the disease of climate change (3). Some of the worst consequences listed that stratospheric injection of sulfate aerosols would have are (3): adverse effects on regional climate (potentially reducing precipitation and creating drought); increased ozone depletion; greater acid deposition that would harm the ecosystem, affect public health and potentially exceed biological thresholds, bringing unknown consequences. Broader worrying consequences to geoengineering include (3): potential human errors in the design and operation of such complex mechanical systems; the stress produced on ecosystems and society in case of abrupt shift in deployment that would cause rapid climate warming; incapacity to go back or stop effects caused by geoengineering; potentially high costs that could be used instead for clean energy, energy efficiency and other investments. Other issues concern the commercial control of technology and the potential military use of the technology that may aspire to control nature. In our capitalist system, if it is not governments but private companies that end up controlling geoengineering systems, there would be the risk that shareholder profits are valued over the public good (3). Geoengineering sounds like a really undemocratic idea. Even if governments end up being the ones controlling the technology, it doesn’t sound democratic to impose to the Earth’s citizens such risky human interventions on nature. The question of how multiple governments would unanimously agree to start climate intervention also arises. In a context of climate change historically caused by industrialized nations, it sounds unfair for the Global South to even consider a risky plan B to tackle climate change. Considering geoengineering is a way to refuse considerably cutting down greenhouse gases emissions and to move away from solutions that would enable global climate justice. Thinking about geoengineering as an option may actually undermine mitigation. The discussion shifts from reducing emissions to emitting as much while sucking up CO2 (5). It encourages emitters and ‘business as usual’ to carry on and it is a solution in the service of capitalism. 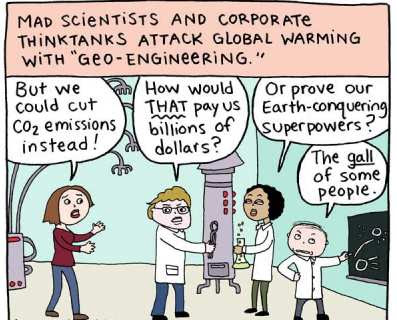 The concept of Capitalocene can be helpful here because it shows that if it is our model of development that is largely responsible for climate change and other environmental changes, more capitalism (with more growth and technology) cannot be the solution to solve the problem it has caused. The term of Capitalocene gives the indication that techno-fixes aren’t real solutions and that it is urgent to question our economic system, model of development and way of life that are unsustainable if we wish to cut down emissions. Pete Smith, a University of Aberdeen professor said “if we go into thinking we can continue to emit as we are at the moment, and these negative emissions technologies (geoengineering) are there and they’re going to save us in the future, I think that’s extremely risky” (8). The priority should be to find real alternatives and sustainable ways of development that would ensure global justice. In 2010, the World Peoples’ Conference on Climate Change and the Rights of Mother Earth, held in Bolivia brought together more than 25,000 citizens and produced a People’s Agreement (with the contribution of seventeen working groups) which explicitly refused geoengineering as a solution to tackle climate change (5).
Soon, it will be time to decide which direction we choose to go.